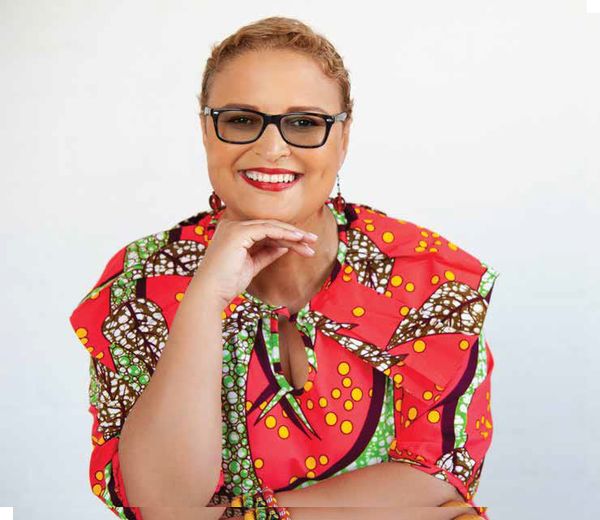 FREDELINE MULLER: AN INCREDIBLE STUDENT AND VERSATILE PROFESSIONAL Since her childhood, Fredeline Muller had an insatiable desire to gain knowledge and become well-educated. As a result, she consistently excelled scholastically. In 1991 she did so well in her Matric examination that she gained easy access to Stellenbosch University in order to do a B Accounting degree. Once again, her results were good enough to allow her admission to the next level, an Honours B. Accounting degree at the same university in 1996.

She did various short courses, like an in-house training programme called The Leadership Development Programme for Junior Managers (2007). A Dale Carnegie Course on Effective Communications and Human Relations/Skills for Success followed in 2010, as well as an international training course, the Finance Excellence Programme for High Potential Middle managers in the United Kingdom (March 2011). In 2018 she did a course called Crucial Mentoring Conversations. From 2011 to 2014 she studied for a Master’s in Business Administration (MBA) at the University of Stellenbosch Business School. This was a highlight of her academic career because an MBA is a most sought-after degree. Many start the course but fail to complete the thesis.

Consequent on all her studies, Fredeline is registered as an Associate General Accountant (AGA) with the South African Institute of Chartered Accountants (SAICA). She is clearly not only a diligent student, but also a highly intelligent academic. She started her professional career at Pricewaterhouse Coopers in Stellenbosch as an audit clerk and was promoted to accountant Level 3 (January 1997- December 2000). She moved to British American Tobacco South Africa in January 2001 as a trainee manager and left the company as the Marketing Finance Manager for Southern African Markets (including 9 Southern African countries) in March 2011. When the wanderlust grabbed Fredeline, she decided to join BAT Mozambique as Finance Director from April 2011 to September 2011. For a short spell she returned to BATSA before Levi Strauss employed her as Financial Planning and Analysis Manager and then as Financial Planning Analyst for the Middle East and North Africa Region (2014-2016).

Her most recent corporate position was Acting Head of Finance at PZ Cussons Ghana in Accra. (2017-2018). She established her own business called Future-X Consulting (Pty) Ltd in April 2018 because she is a strong believer in creating and doing business with a purpose and is passionate to make a difference and empower others, especially those who have very little. Currently she is a business mentor, focusing on strategy, process improvement and financial literacy (including facilitating workshops, financial performance review, preparing forecasts and budgets). She works with and assists start-ups in the following industries: • Accounting & Tax Services • Agriculture Consulting • Hydroponic farming • IT Services • Long Distance Transport • Vending Machines She also works with established businesses in a wide range of industries, like fashion design and food technology. For the second year in a row she is part of a mentorship programme for students on the Small Business Academy Programme at the University of Stellenbosch Business School.• She also provided financial analysis services to 17 participants on an incubator programme. managed by Maven Solutions (Pty) Ltd, in the Western Cape. • She is a mentor on the Allan Gray Orbis Foundation IVC coaching programme and on a newly established programme for the Stellenbosch Network. She assisted LBH Holdings Incorporated on the ASISA/ EDGEGROWTH/ SAICA Enterprise Development pilot programme in the Western Cape and provided monthly financial bootcamp sessions to the 4 participants on this programme from April to October 2020.

In addition, she has facilitated workshops for highly respected programmes, like the ABSA Accelerator programme managed by Kamva and the Capital Greenhouse Business Development programme in August 2019 – with 11 small business owners.It is simply impossible to list all the expertise she has acquired or the experience she has built up over the years. She has worked in different environments to learn how to be a better professional and not to merely earn as much as possible. Her unassuming approach to life and the urge to be of service in areas where it is most needed, has motivated her to resign from lucrative posts and accept lower positions which posed more challenges.

Ten years ago, she approached the Railton Foundation to determine how she could be of service to her hometown. In consequence the Friends of Railton was formed to support the work of the Foundation. Soon after a very successful careers day was held, which was marked by the presence of Swellendammers who had done well in their careers. Unfortunately, when she went to work in Mozambique the partnership became unsustainable. She nowadays works from home and spends much time in Swellendam with her mother, with whom she has a very strong bond. She still has a deep love for this town and helps where she can. Fredeline is another Swellendammer who has performed well on the world stage but has never forgotten her roots. Article by Basil May: Swellendam Bursary Fund